How Recent Hurricanes Might Turn Around the Automotive Market

Recent hurricanes across the US were incredibly damaging and will take years to recover from. In the destruction, Hurricanes Harvey and Irma destroyed anywhere from 500 thousand to 1 million cars in Houston and Florida. Insurance agencies have been inundated with claims that will take many months to process, but the effects these disasters will have on the automotive will be rather interesting.

During the month of August 2017, auto sales dropped 1.9 percent. This is nearly all due to the destruction caused by Harvey. Dealers along the gulf coast represent 30 to 40 percent of the total sales in the state of Texas, which as a state, makes up 9 percent of the total automotive market. As these dealers were shut down, auto sales naturally fell and the effects were felt in the pockets of automotive manufacturers across the country.

While this may sound like an unneeded blow to the automotive industry as it struggles to continue to sell new cars, a far more positive effect on car sales may be coming thanks to all those destroyed cars.

Houston is a city that demands owning a car. Its wide stretched suburbs and urban sprawl architecture necessitates that residents have reliable transportation. For most families in the affected zone from Hurricane Harvey, they now have lost this means to move around. Because of this need for transportation, it’s highly plausible that the surge in car purchases from Houstonians in the coming months with spark a turnaround in the automotive market, moving 2017 from a net shrinkage in sales to net growth.

Taking a closer look at the numbers, we can see how this might be possible. Research from Cox Automotive places the number of destroyed cars from Harvey at anywhere from 300,000 to half a million, realistically. Assuming that 20% will be fixed and back on the road soon, we can assume that at minimum, about 250 thousand cars will be purchased, new or used.

Right now, the used car market is inflated in price due to like-new leased vehicles becoming available and older cars holding high values. The recent natural disasters will also inflate used car prices due to the spike in demand. All of these factors will likely drive many to purchase new vehicles to replace those damaged.

The investment banking firm, Brokerage Evercore ISI, places the estimated bump to US new-car sales at about 135,000 new vehicles, which equates to 1% of the total yearly US automotive market. Accounting for the loss of 1.9% of sales month over month in August, this increase in new cars sales might turn around the year for the market as a whole.

Another positive effect from Harvey is just where it hit. Texans favor large US-manufactured pickups. As now-carless Houstonians go to look for new vehicles, it’s likely that a larger percentage than average will go searching for full-sized pickups manufactured in Detroit and elsewhere. 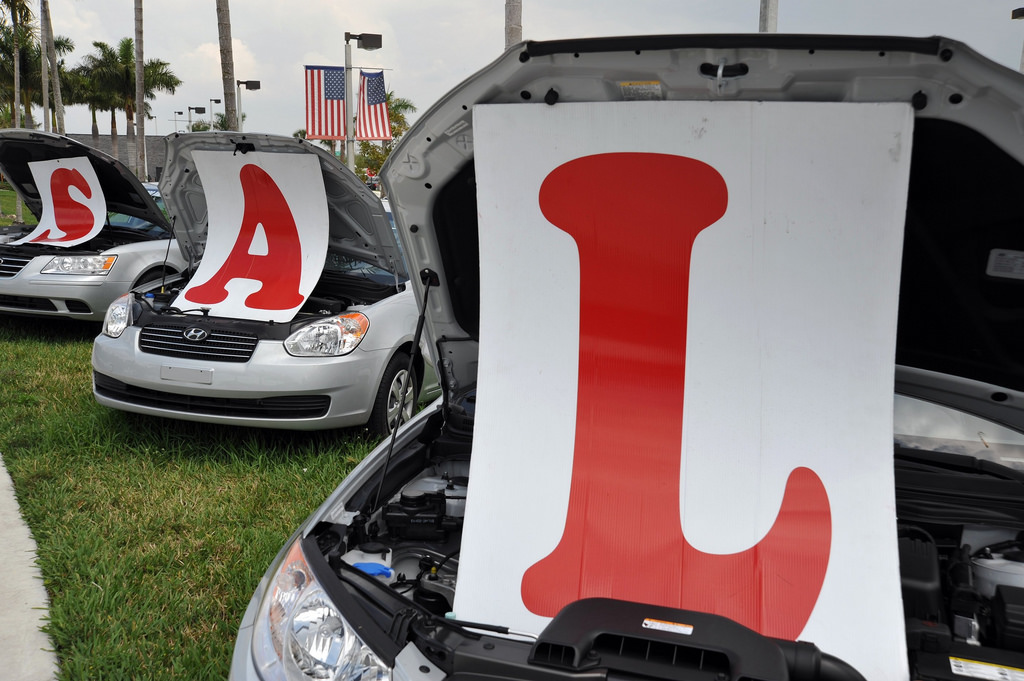 All of this price data isn’t simply based on speculation either. In 2005 when Hurricane Katrina hit, used car prices rose for the next 6 months due to increased demand. For automotive manufacturers, rising used car prices mean more new-car sales as their value proposition becomes stronger.

In the end, the US automotive market stands to benefit greatly from this huge transfer of funds. Money will flow from insurance agencies into the pockets of automotive manufacturers. Part of healing and repairing Houston is purchasing new vehicles – it might just save this year’s automotive sales numbers.

Trevor English
Trevor is a civil engineer by trade and an accomplished internet blogger with a passion for inspiring everyone with new and exciting technologies.
Share This Share on LinkedinShare on FacebookShare on TwitterShare on Google+Share on Pinterest
Related Articles

We're not around right now. But you can send us an email and we'll get back to you, asap.